Anything that touches your food can be a source of contamination and foodborne illness – including cutting boards.

For example, if you cut up a raw chicken, and then use the same cutting board to slice a tomato for your salad, you run the risk of cross-contamination – with bacteria from the chicken being transferred to the tomato. That, of course, would be bad.

And vegetarians aren’t off the hook either.

Fruits and vegetables can also carry pathogens (and transfer them to cutting boards).

To reduce the risk of foodborne illness in your kitchen, here are some things you should know about cutting boards.

The idea was that they were easier to clean (and sanitize), and therefore were safer.

But in the late 1980s, a UC Davis researcher named Dean Cliver – the de facto of cutting board food safety – decided to investigate whether plastic cutting boards really were safer. 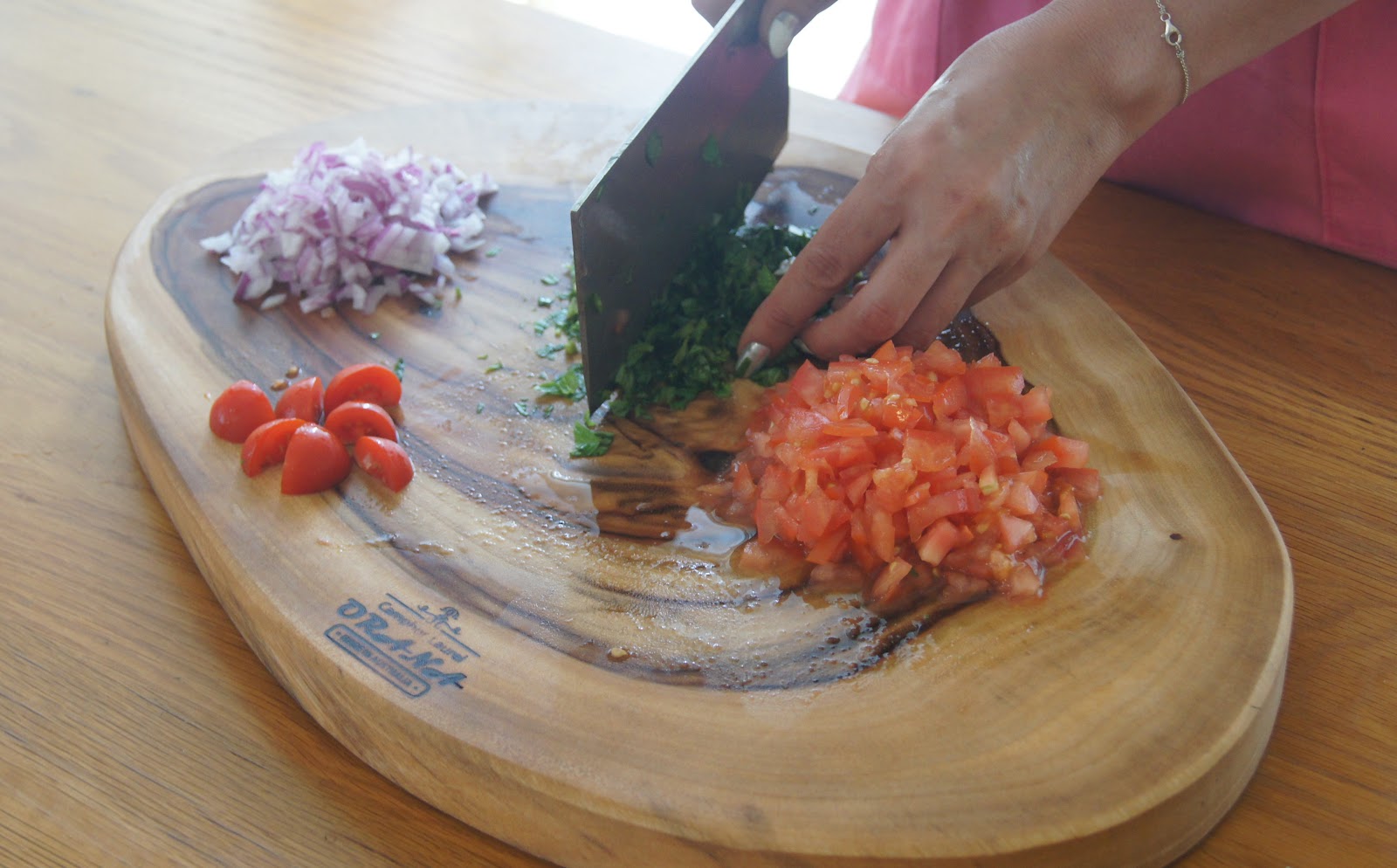 Dean Cliver, a major academic in the researching field of cutting board food safety has conducted a published investigation into the comparison and potential effects of plastic boards in comparison to wood cutting boards and the anti bacterial agents with wood.

His research has been cited below:

Dean Cliver from the University of California(Davis), a published expert in food safety and foodborne disease. He published a series of articles on the bacterial dangers inherent in cutting boards and methods of disinfecting them.

He was surprised to find that wood, reputed to be more bacteria prone and less easily cleaned than plastic cutting boards, actually proved to be more hygienic.

US Government recommendation to use plastic cutting boards not based on any research.

Then and since, the U.S. Department of Agriculture’s Meat and Poultry Inspection Manual and the U.S. Food and Drug Administration’s 1999 Food Code(recommended regulations for restaurants and retail food sales in the various states of the U.S.) permit use of cutting boards made of maple or similar close-grained hardwood. They do not specifically authorize acceptable plastic materials, nor do they specify how plastic surfaces must be maintained.

His research was first intended to develop means of disinfecting wooden cutting surfaces at home, so that they would be almost as safe as plastics.

Our safety concern was that bacteria such as Escherichia coli O157:H7 and Salmonella, which might contaminate a work surface when raw meat was being prepared, ought not remain on the surface to contaminate other foods that might be eaten without further cooking.

He soon found that disease bacteria such as these were not recoverable from wooden surfaces in a short time after they were applied, unless very large numbers were used.

New plastic surfaces allowed the bacteria to persist, but were easily cleaned and disinfected.

However, wooden boards that had been used and had many knite cuts acted almost the same as new wood, whereas plastic surfaces that were knife scarred were impossible to clean and disinfect manually, especially when food residues such as chicken fot were present. Scanning electron micrographs revealed highly significant damage to plastic surfaces from knife cuts.

Although the bacteria that have disappeared from the wood surfaces are found alive inside the wood for some time after application they evidently do not multiply, and they gradually die.

They can be detected only by splitting or gouging the wood or by forcing water completely through from one surface to the other. If a sharp knife is used to cut into the work surfaces after used plastic or wood has been contaminated with bacteria and cleaned manually, more bacteria are recovered from a used plastic surface than from a used wood surface.

“Manual cleaning” in our experiments has been done with a sponge, hot tap water and liquid dishwashing detergent. Mechanical cleaning with a dishwashing machine can be done successfully with plastic surfaces (even it knife-scarred) and wooden boards especially made for this.

Wooden boards, but not plastics, that are small enough to fit into a microwave oven can be disinfected rapidly, but care must be used to prevent overheating. Work surfaces that have been cleaned can be disinfected with bleach (sodium hypochlorite) solutions, this disinfection is reliable only if nothing has been done successfully.

The experiments described have been conducted with more than 10 species of hardwoods and with 4 plastic polymers, as well as hard numbers. Because we found essentially no differences among the tested wood species, not all combinations of bacteria and wood were tested, nor were all combinations of bacteria and plastics or hard rubber Bacteria tested in addition to those named above, include Campylobacter jejuni, Listeria monocytogenes, and Staphylococcus aureus.

We believe that the experiments were designed to be properly representative of conditions in a home kitchen. They may or may not be applicable to other plastic and wooden food contact surfaces or to cutting boards in commercial food processing or food service operations, but we have no reason to believe that they are not relevant except that not all plastic surfaces are subject to knife-scarring.

Before our first studies had been published, they were criticized incorrectly for not having included used (knife-scarred cutting surfaces. We had been careful to include used surfaces and so were surprised that others who did later experiments and claimed to have refuted our findings often had used only new plastic and wood. Although some established scientific laboratories say their results differ from ours, we have received multiple communications from school children who have done science projects that have reached essentially the same conclusions that we did.

He have no commercial relationships to any company making cutting boards or other food preparation utensils. He has tested boards and cleaning and disinfection products, some of which were supplied to us gratis. They have not tested all of the products that have been sent to us, simply because there is no time. They are aware that there are other food preparation surfaces made of glass or of stainless steel we have done very little with these because they are quite destructive of the sharp cutting edges of knives, and therefore introduce another class of hazard to the kitchen.

They believe, on the basis of our published and to be published research, that food can be prepared safely on wooden cutting surfaces and that plastic cutting surfaces present som disadvantages that had been overlooked until we found them.

In addition to their laboratory research on this subject, they learned after arriving in California in June of 1995 that a case-control study of sporadic salmonellosis had been done in to region and included cutting boards among many risk factors assessed (Kass, P.H. et al Disease determinants of sporadic salmonellosis in four northern California counties: a casestudy of older children and adults. Ann. Epidemiol. 2:683-696, 1992). The project had been conducted before their work began. It revealed that those using wooden cutting boards their home kitchens were less than half as likely as average to contract salmonellosis (odds ratio 0.42,95% confidence interval 0.22-0.81), those using synthetic (plastic or glass) cut boards were about twice as likely as average to contract salmonellosis (O.R. 1.99, CI 1.03-3.85), and the effect of cleaning the board regularly after preparing meat on it was not statistically significant (O.R. 1.20, CI 0.54 2.68).

We know of no similar research that has been done anywhere, so we regard it as the best epidemiological evidence available to date that wooden cutting boards are not a hazard human health, but plastic cutting boards may be.

Publications to date from their work: